This is an almost perfect combination of an ultrabook and a tablet in 2016. 😀 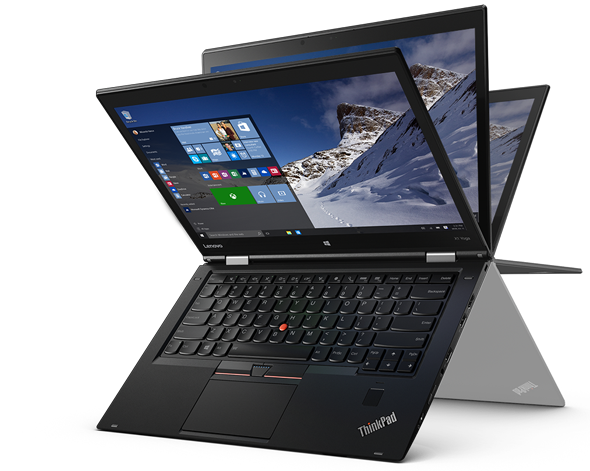 I was quite happy with my old Yoga, but with the X1 Yoga practically ALL complaints have been fixed.

One thing that I omitted to complain about in my old review was that the leftmost keys beyond ‘P’ was shrunken, and that Insert was available through Fn-key only. This has been fixed too!

I have been using my new X1 Yoga (20FQS01G00) for a few weeks, and it feels like a very very nice evolution, with many nice improvements – some important. But not a revolution.

– Slightly larger area (but for a reason!) 17mm wider, 8mm deeper
– The build in pen comes with a hard nib only, it’s possible -but hard- to find a softer one!!
– SD-card reader replaced with hard to get to microSD-card reader !!!
– No physical Orientation Lock button

Better for some, worse for some

* Smaller pixels and higher DPI, as it is QHD over FHD (210 over 176 DPI)
* It seems that the fan is noisier and kicks in at a much lower cpu usage percentage (still around 50°C) but it also cools faster, so for most tasks it runs for a shorter time.

It uses a ‘new’ Onelink+ Pro Docking (note the plus sign), with a different plug. With this it can drive my UHD/4K display in full 60Hz.
The network bandwidth is limiting for watching 4K 60Hz samples from YouTube (e.g. https://youtu.be/iNJdPyoqt8U). I need to pause it once and let it fill the buffer, and then continue, not to get buffer under-runs. But the CPU is not fully used, so it must be a network limitation somewhere, despite I effectively got more than 40Mbps.
If I simultaneously let it play a FHD video on the primary display, It starts stuttering. But hey this IS an ultracompact not a gaming machine!

Unfortunately they only offer the higher speced variants with QHD (2560 x 1440) and not FHD (1920 x 1080). The 210DPI is is a bit too fine for my poor old eyes using a laptop in the usual working distance (The 176DPI on the old X1 Yoga was already pushing it).
And as the stretch functionality in Windows 10 is still quite poor this is not ideal. (Moved this into a separate thread) 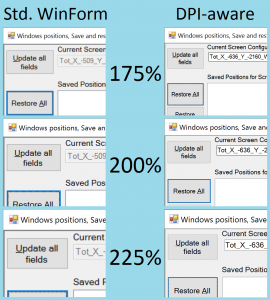 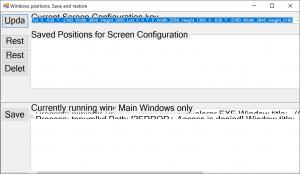 It is quite impressive that the technology has improved so much in a few years that despite the larger display and physical area, and more powerful battery, 15% is cut of the weight, and 2mm of the thickness!

As indicated by the common X1 in the names this X1 Yoga is really really close to the Thinkpad X1 Carbon. As far as I have been able to figure out the X1 Yoga also uses carbon-fibre.
They even share the same Maintenance Manual and System board. It was only here I found that it actually DO have a microSD card-reader ‘hidden’ in the hinge-area next to the sim. 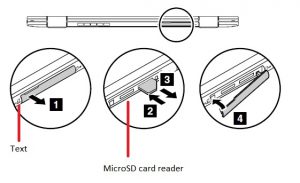 The differences between the two X1 types are
+ Touch
+ Tablet and tent-modes, with mechanically locked and protected keyboard.
+ Pen
– About 100g heavier
– Ever so slightly thicker: ⅓mm at the thickest end, though slightly less than 2mm in the thin end of the carbon

The X1 Yoga came with Win7 pro pre-installed and a Win 10 pro recovery kit on a 16GB USB-key. A nice solution, that will ease the job if/when I upgrade the SSD to more than the ½TB.
Though a likely rather cheap alternative to that is to add a ¼TB microSD-card for archive purposes, and then use junctions to plug in relevant archive-folders on C:

If you want to use the X1 Yoga as a tablet lying down, you might miss the physical Orientation Lock button. But of course you can use the software Orientation Lock within Windows (tap Notifications in task bar, and “Rotation Lock”)

For some reason they changed to another standard of Wacom pens, that is active (AES=Active ElectroStatic), and thus needs to be charged (charging fast in the X1 Yoga though). I think this was needed to get an even thinner display – so a good trade off for most people. The new pen is 1cm less short, and less light too, and a tiny tiny bit thicker too, 6.55mm versus 6.40mm, and this all gives a slightly better grip, but it is still not suited for large hands. And the just 5-6g feels VERY light in the hand.
It is still possible to get alternative pens, though a rather limited selection. Officially 4X80H34887 from Lenovo and CS320AK from Wacom, both very flimsy at 19g. The one from Wacom comes with softer tips also, both use the rare thin AAAA batteries, (yes four not three). I do not know how many of the other ones dedicated to other brands that works too. I bought the The Dell 750-AAJC, and it works.
I had bought a rather cool Wacom Carbon Fiber pen CS400 for the old one, that has a nice weight and feel, somewhat like a real pen, and did not feel like a plastic toy…
I have not (yet) found something similar for AES 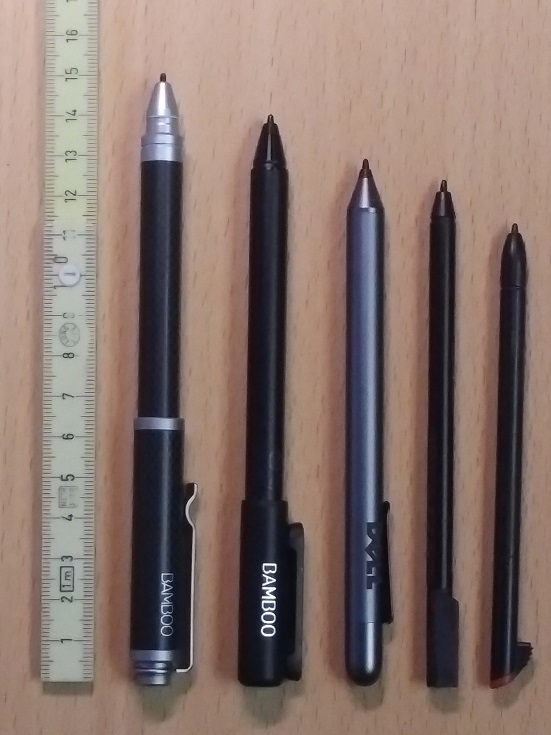 The Dell 750-AAJC will work. but also weighs in at only 19g including battery (despite some pages claims a decent 39g – that was why I bought it… And it comes without spare nibs, and the mounted one is hard)

I have (of course) considered disassembling them to see if I can move the active system to the carbon pen, but I fear it would be a rather complex project, as neither of them unscrew easily, so most likely glued or melted together….

The hard nib that is on the build in pen, gives you a feeling of scratching the screen, almost like a nails on a blackboard…. Luckily the spare soft nib from the Wacom CS320 I bought fitted perfectly, so that helped a lot, and was (almost) worth the price of the pen in it self. I have found NOWHERE where you can buy spare soft nibs that fit the active standard. I initially sacrificed one of the soft spare nibs from my Carbon pen, making it shorter and thinner to fit, but it did NOT work at all. The two standards must be using materials with substantially different electrostatic properties.

As external pen the Wacom CS320 is better than the Dell 750-AAJC, as it has a cap, that placed at the back prolongs the pen by 2cm to 14cm plus it comes with spare tips to fix the internal one!

The official page for the product can be found here
http://support.lenovo.com/dk/en/products/Laptops-and-netbooks/ThinkPad-X-Series-laptops/ThinkPad-X1-Yoga-Type-20FQ-20FR/20FQ/S01G00