I just found out that Samsung offers some click-on keyboard for several of their models. At the least for S8, S8+, Note8, S7, S7edge, Note7, S6edge+ and Note5

UPDATE: Bought an S8 for the keyboard, see this. 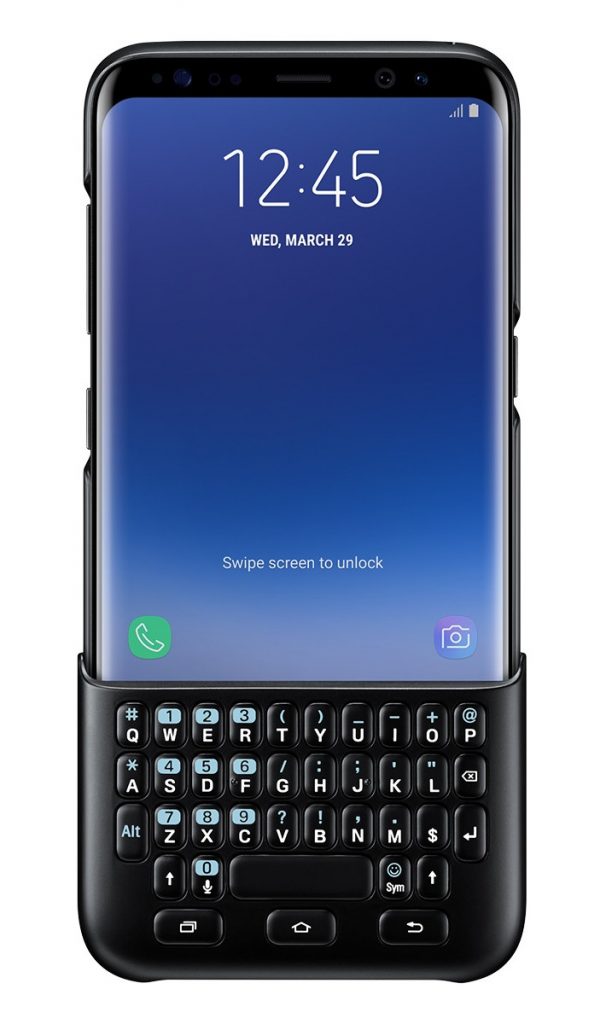 It sticks up 3mm above the display, and the protective case adds about 1-2mm to the back and width.

Note that this is NOT just a solution poking the screen. But it does use the screen by capacitively interacting with it.

The key-part (less than 20g) can quickly be clicked off and either clicked on the back, or kept in the (shirt?)pocket when the full screen is needed. The remaining looks just like any plain black protective case.

Also note that it does NOT offer key-backlighting 😥 – as it is not transparent they can not make the screen do the job (as would be obvious). I guess there could be good technical reasons for it not being transparent… (see take apart images below)

It is of course by far as good a solution as a landscape slider, and also worse than a portrait slider like the BB Priv, but it is certainly better than no keyboard, and also better than a fixed keyboard like the BB Key½ models, unless you rarely want a wide screen.

I bought one out of curiosity. Here the back of it: 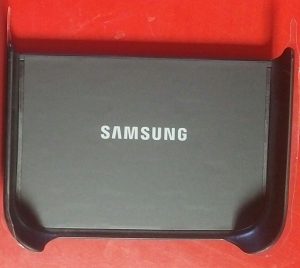 And compared to the BB Priv 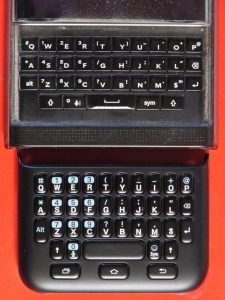 Note that the keys are in ‘portrait’ orientation, but of similar size.
The BB Key½ has the same key-width as the Priv. but the key-height is slightly less on the Key½ than the Priv. (e.g. see compare here)

The S8-combo is about 13mm at the thickest, with the keys sticking up about 3mm from the display. But it also protects the protruding camera (like any other protective case).

Also bought some cheap (£1 each!) for the S6edge+, and took one apart (click to enlarge) 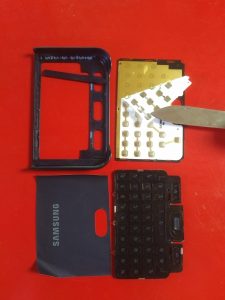 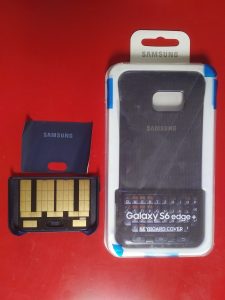 So it is clear that it interacts capacitively with the display. This 2015 phablet (in contrast to e.g. the S8) has a physical Home key, and the keyboard just pokes it mechanically though. Also note the tiny magnet just above one of the bottom soft-keys (to the right on the second image seen from the screen-side), for detecting if it is on the front or not.

The existence of the keyboard is handled with some rfid looking chip and a magnet in the backplate: 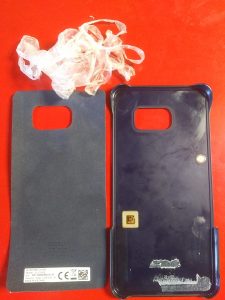 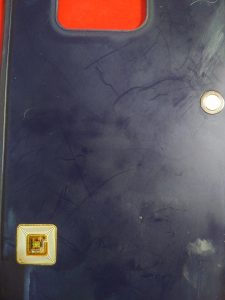 Surprisingly the keyboard with an S8 ALSO works both in Aeroplane mode and with NFC turned off, so the communication with the case must be a dedicated circuitry.
The chip is a local one, no antenna in the back plate. It looks much like the rfid you can find on a bottle of wine, here on a stiff print plate with a dot-print “A10 G98” on top (click to enlarge)…

You might ask why the case part is needed at all for the keyboard, and well I guess it has two purposes: To use the same hall sensor for this and to detect a closed flip case, depending on the back part, and not the least to make it harder for others to make functional equivalent cheaper accessories.

With an image from here, also compared to the Livermorium.com QWERTY Mod that I would much prefer, and are eagerly awaiting to arrive. 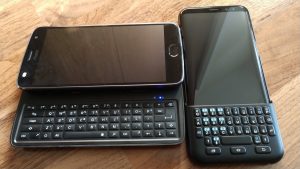 After googling a bit the image from here is the best I found showing how much it protrudes and I guess that will scare off most…. 🙄 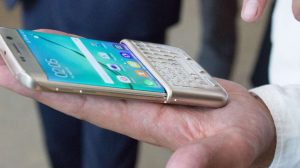 A hands on video also showing it from many directions can be found here.

The funny thing is that if you go to an official accessories page, you can find them by browsing through ALL.
BUT if you select a specific device model in the left pane, they are only included for some models, e.g. the S8+ but not the S8- !! Now that is not going to boost the sales…

I can not find it for the S9-/S9+ so they may have given up on the whole idea…. (The fingerprint reader is placed different on the S8-/S8+ and the S9-/S9+, so if the S8 ones works, it would require to extend the hole in the backplate suitable – The magnet should not be in a problematic position)
ADD: The one for an S8- has been tried on a S9- , and it partly works, so the S9- was clearly intended to have one, that was never realised/released (AFAIK)

And finally some more images copied from an official page, click to see larger 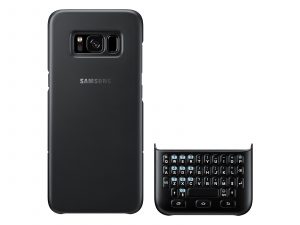 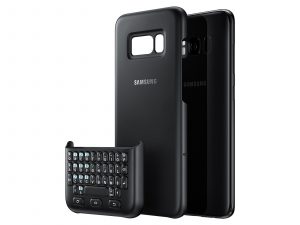 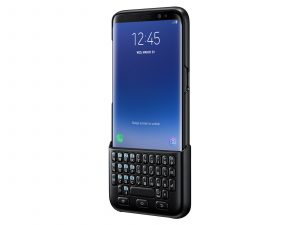 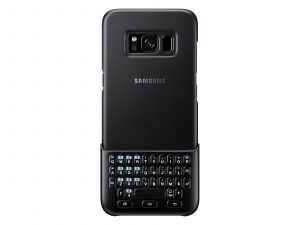 Just investigated a bit further. And believe it or not
a) you can drill a small hole through
b) the covered part of the display IS kept ON and WHITE when a keyboard normally would display, so the software department expected the hardware department to make the keyboards transparent !!!

Here the keyboard plate from the S6 Edge cover I took apart, placed strategically so the magnet activates the system (note the blue equals button partly visible), and placed again after drilling a tiny hole 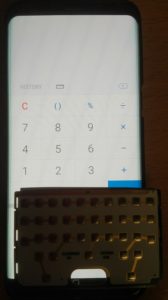 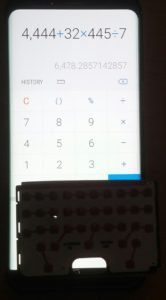 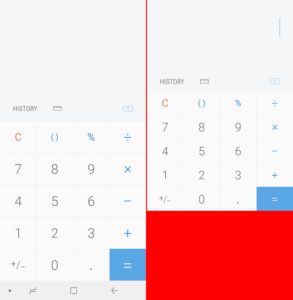 And here with the S8 one almost correctly placed, slightly lifted so the white can be seen. (yes the focus point is way off)… 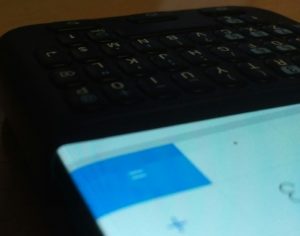