I have made a simple test image to test the resolution of your eyes on a phone, phablet, tablet, laptop or PC!

Be SURE it is shown in the screens native resolution. e.g. 960 pixels should fill half a FullHD display. (or use one of the added ones with your screens resolution)

Be SURE that your browser or your windows settings doesn’t do any scaling/zooming/smoothing, i.e. one pixel in the image is one pixel on the display. (If in doubt take a magnifying glass -or macro camera- and look closely on the screen, it should be like the mock-up later in this post) 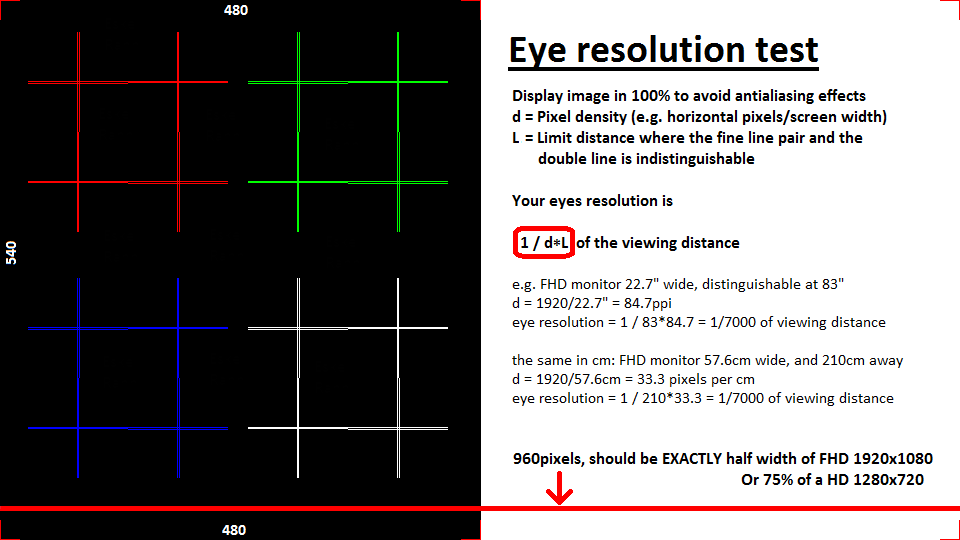 You will most likely find the finest resolution using the red or green figure.

Use any prescribed glasses that you normally would for the distance – we are testing resolution, not focusing ability.

NOTE: If you got a PenTile display, usually the green will do fine! Have a look at this on different subpixel arrangements. Several pixel arrangement exists out there, that could have similar issues…

To my surprise I found that my eyes could see substantially finer details than simpler tests done previously.
EDIT 20190824: Just got new glasses, and redid the test, and found around 1/11400 (my original 1/7000 was due to wrong glasses, as I no longer can focus at ‘any’ distance with the same correction).

Here are charts for a few other screen resolutions, that might make it easier to match your screen (sorry WordPress warps the table oddly on smaller displays)

Just the original and some extra red guide-lines, to match the resolutions corners, to assure 100% zoom. (on larger resolutions just replicated to fill the screen with something)

The rest are just notes and examples!

Also note, that you MUST be able to focus at the relevant distances to use this test. If you got focus issues, you might need to swap glasses, or find a monitor with a DPI displaying the limit at a distance you actually can focus. E.g a modern smartphone that typically got a high DPI (if amoled, check if it is regular matrix or PENTILE..).

What is ‘needed’ is a very subjective thing balancing such thing as price and (for battery-powered devices) stamina. But of course this can not be finer than the physical limit.
The eyes/brain are really great at smoothing out things, especially with moving pictures. That is why we were quite happy with pre-HD televisions…

Here is a mock-up slightly exaggerating the bleeding of the sub-pixels into the neighbouring ones: 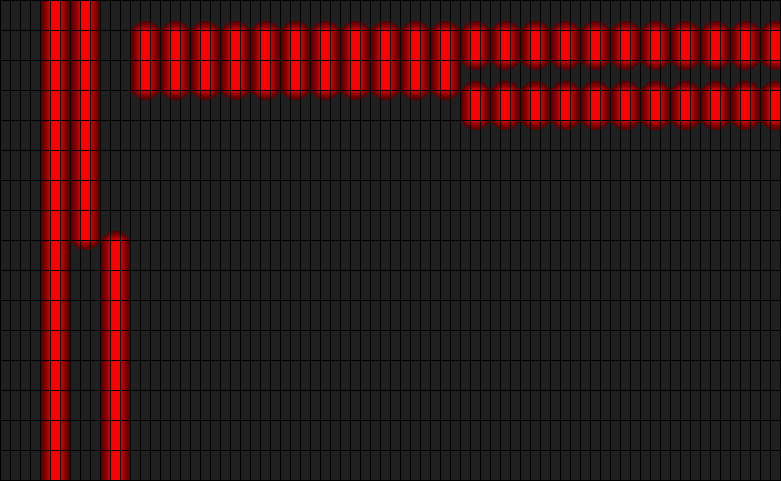 So due to bleeding on many displays, you can expect to find a slightly finer resolution looking at the vertical ‘line-pair’ compared to the horizontal one.

Next a cut from the test image on a white background, and a macro shot of this on a Samsung 275T+ (Unfortunately F900exr only, hadn’t got the CX3 at hand that day) 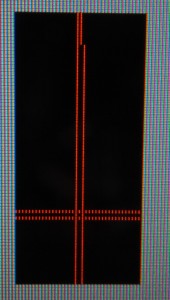 The bleeding is most apparent looking at the edge of the white area to the right where the red pixels are more pink inside the white area (green and blue neighbours), and more orange where they only got a green neighbour. The difference must be the bleeding of the blue and green into the red. Here is a blow up: 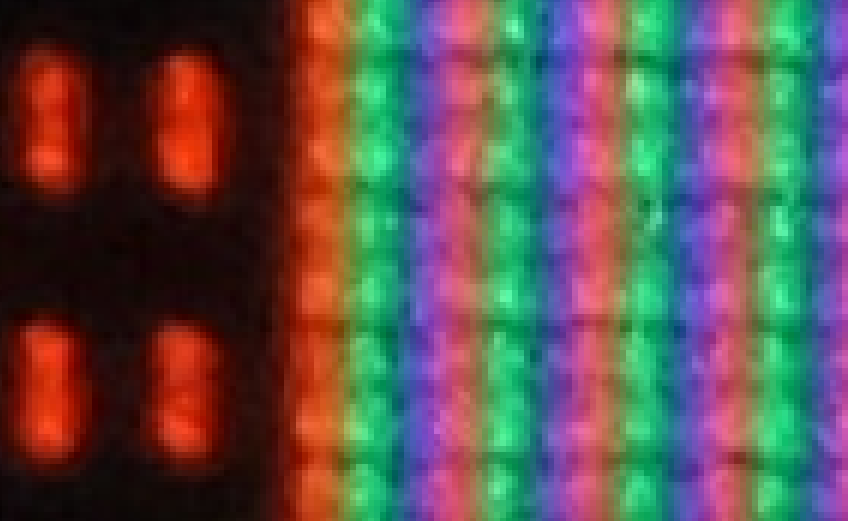 So a display is really not perfect for this test, as the bleeding is smoothing slightly. A phenomena, that is usually a good thing when watching the display, as it helps making combinations of R+G+B to appear as one colour. So actually your eyes might be slightly better than what the test above shows. 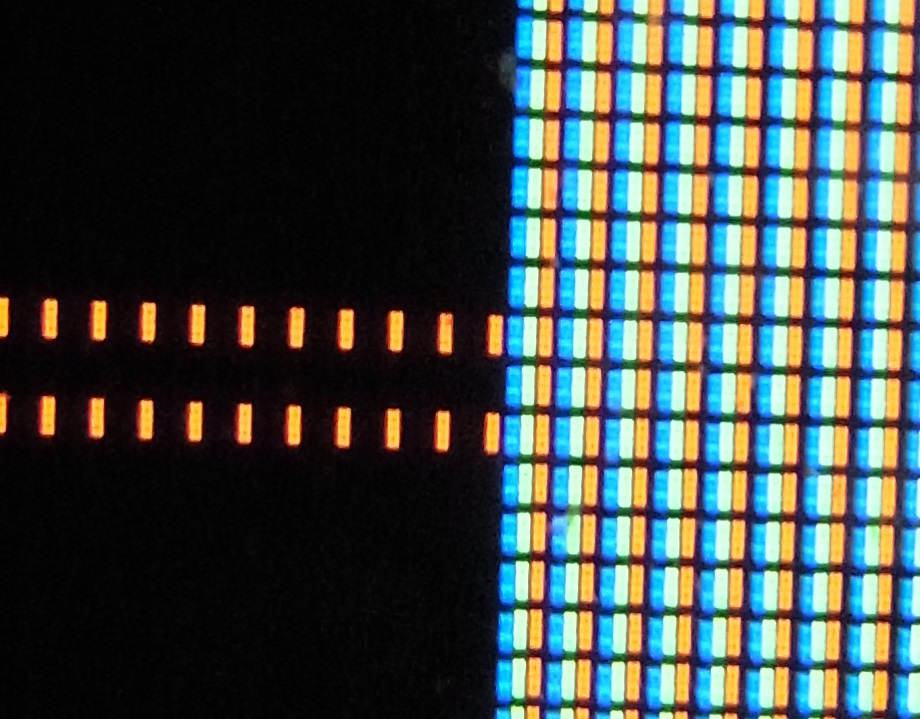 Note that bleeding is almost non existent on this monitor, with clear black areas between the subpixels, and it can also easily be seen how red is the deepest, followed by green and blue on top (the further from the perpendicular the more deeper pixels seems like creeping under the neighbouring higher pixel).

Composed from original and comments posted here plus later clarification.