A small compare between Unihertz Titan Slim and some keyboard alternatives. 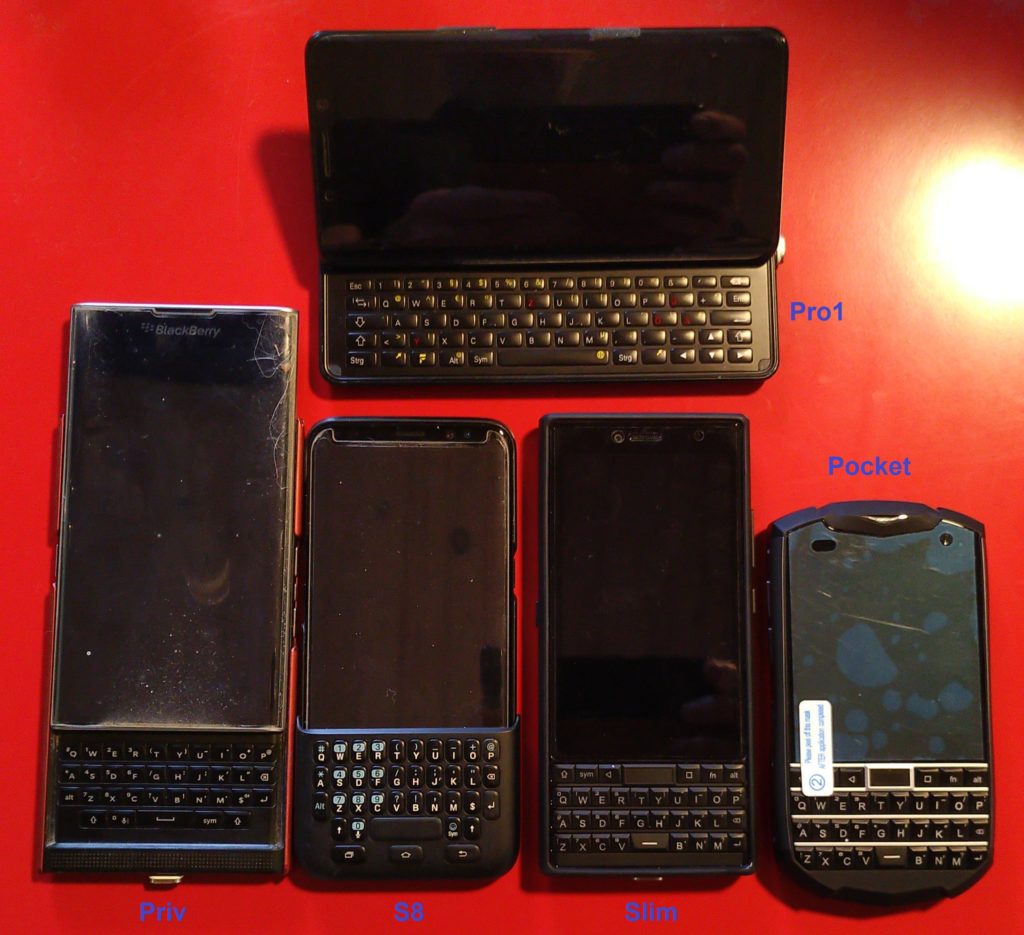 The Slim is a more modern equivalent of a BB Key2, reduced in width making it better for one hand operability.
With a width of 67.6mm it actually IS quite slim in 2022.

And before anyone ask why I did not dust the leftmost Priv: I did, it is dirt under the (broken) screen protector I have been too lazy to swap… 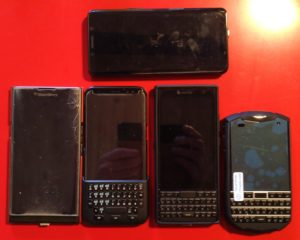 Physically what comes closest is actually a Samsung S8 with a click on keyboard!

Had the later been available with a newer device than the S8, I would much prefer that. In all physical aspects (less the looks) a better solution.
Here a compare of the thickness for a few devices I got.

The Pro1 is the only of the bunch with the keyboard in the right direction, all the others are in the wrong direction, with small and too few keys to be super functional – though still better than fake software keyboards.

I doubt only few of the readers of my blog will be in doubt that I prefer the Pro1, despite the size making it hard to operate one-handed. But I love the versatility of an almost standard keyboard, that can be closed to give an ordinary slab.
Had I been primarily using my phone for plain text in a language where I only needed A-Z, then the Titan could be a tempting alternative, as many lousy apps supports landscape poorly or not at all. So I can easily imagine why some people will prefer the Slim.

The Pocket is (surprise surprise) the most pocketable, though it is thick. However the screen is in 2022 terms quite small, and many apps works really poorly on a quadratic display (Including the Android Market app). So I will definitely say that the Slim is better than the Pocket.

The S8 is really old and out of support, so that is a big drawback when comparing the two. But if I was forced to use one of the two, I’m pretty sure I would revert to the S8, as the versatility of the keyboard being removable is great, and if the shell is removed it fits quite neatly in a diner jacket.
And though you might not think so at first, the image area WITH the keyboard clicked on, is still larger on the S8, as the Slim got some huge silly bezel between the keyboard and the display, so the effective image height is the same, but due to the edge display of the S8, the image area is roughly 10% wider. 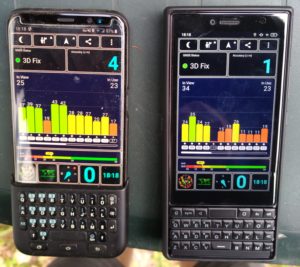 (Yes the compass calibration of the slim was way off, works now…)

And obviously if the S8 keyboard is clicked off and put on the back or in a pocket, the S8 display is MUCH larger.
A minor bug: When the orientation of the Slim is changed, the orientation of the compass is not adjusted, so a compass app only works in portrait with the keyboard lowest – seldom an issue, but if Autorotation is turned on, and you use it in e.g. landscape, it shows the compass wrong.

The BB Priv is even older than the S8, but physically the slider is a much better solution – though still in the wrong direction. Given the age of the Priv, the Slim would take a win, especially as it is closer to one hand operability due to its width .

A fifth alternative (that I have not bought) is the Planet Computer Astroglide.
For those with reduced finger motor skills (or fat fingers) this is a very interesting alternative. Larger and with keys much larger than the above five. Offering a keyboard in the right direction, though obviously fewer than standard keys, but (like e.g. the Slim) this could be fine for some languages using only A-Z.
Cropped advertisement image: 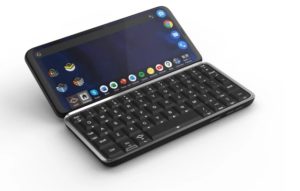 The keyboard seems fair, and that apart it feels like a generally ordinary Android 11 slab (for better and for worse), where I just can not slide in the keyboard after usage. The accuracy of the GPS seems really good BTW. Even better than the Pocket that was quite fine.

In harsh words The Slim is a Pocket repacked in a differently designed housing without the headphone jack, but with a larger display – nothing more and nothing less, though the keys feels slightly better.

This is by far a flagship. But quite amazing that they are able to produce a fairly decent physical keyboard phone for a pledge price below HK$2000, given the small segment that are interested in real keyboards.

To my GREAT surprise the FM radio actually works with the adapter and a headset. Never heard about antenna signal through USB before. It even correctly detects if a headset is inserted in the adapter. Impressive!

Like the Pocket the default of single touch to fingerprint giving Home is an outright horrible default, constantly sending you erroneously to the home screen! BUT it can easily be changed to double touch (or none). I recommend to do this as the first thing when you get past the wizard!!
Settings ► Intelligent assistance ► Other Settings ► Home key function ► Double press to launcher.
(Even before beginning disabling some of the unwanted Google bloat…)

In a tight spot, you can use the keyboard one handed, for plain A-Z text, Space and Enter only. But you will really need to curl the thumb to keep a safe grip while pressing Z/Enter holding it in your left/right hand. And as the modifiers are not ‘sticky’, You are unable to access any punctuations, digits or symbols… You can get upper-case letters by a long press though. But they COULD offer sticky modifier as an option by pure software update (I would not hold my breath for it though), Perhaps some third-party keyboard driver can offer it too.

Note that the Slim has some interesting added software. e.g. “App blocker”, where you for the user apps, and some of the pre-installed can select to restrict the following 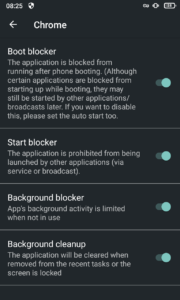 User apps will by default have all but the “Background blocker” set. But e.g. the Android Market app is by default NOT limited in wasting battery (and data).

This feature will certainly help with battery life, and will make Greenify more or less superfluous – less the stuff not on the list, that you might want to keep down also. E.g. 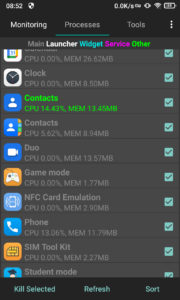 Would have been nice…

As with the Pocket, It would have been a MUCH better device if the whole keyboard was extended up one row, into the currently wasted area (where the Key2 had capacitive keys), something like this mock-up of an image from this review.

1. Making room for standard punctuation keys, B, N, M placed better, a wider spacebar, and additional keys for e.g. a better placed shift etc.
2. Keywidths reduced by 9%, adding a new key-column making it much more usable for the many languages that usually got letter keys right of P and L. I used the Priv for quite a while, and REALLY missed those keys…