If you want to reapply firmware to an AT&T priv that has been debloated, AND keep it debloated, you need a little trickery… 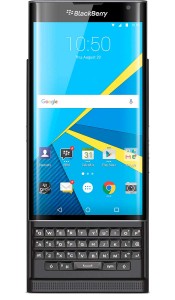 First of all you must be aware, that applying an autoloader wipes EVERYTHING, so make sure to have suitable backup(s) !!

You can find the latest official downloads here, including the AAQ289 for AT&T Priv. BUT that will re-bloat your device!

If you want to keep it debloated you need to apply an OLDER version of the Autoloader and then let the Priv do a 2GB OTA initiated update (could be by WiFi) to the newest debloated!

See here for the lengthy story.

I have kept the different AT&T Autoloaders since the summer of 2016, and have taken the liberty to push some of the old autoloaders to the cloud.

I assume that the trick will work for the second to last AAO486 too, but we know for sure that it was working with AAG202 Back in October 2016 for devices unkown on AT&Ts net that were offered OTA upgrades to the clean ‘debloated’ AAG853 (rather than AAG873).

I found this description on crackberry forum on what actually happened back then:

And what he means here is that they are whitelisted for OTA updates directly from blackberry, independent of the carrier

The device is still branded in itself, so any attempts to apply a standard Autoloader will fail (I tested that) so we will need an AT&T autoloader.

I just learned on Crackberry, that user Thurask maintains a full repository of ALL Autoloaders here

You should avoid trying to downgrade from a Marshmallow to a Lollipop version, as applying an Autoloader for a previous OS comes with an increased risk of bricking the device.