I finally got the mystery update AAW068 offered 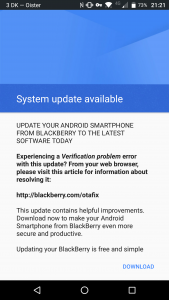 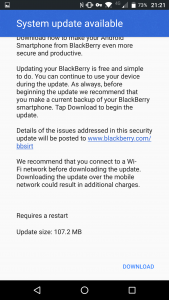 I forgot to take a screen-shot of the error-message, but it was similar to this from a Crackberry thread on a DTEK update

After applying the fix, it fetches it 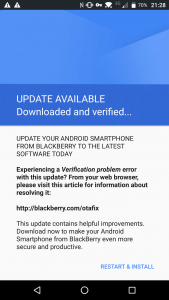 After following the instructions given, installing goes smoothly. 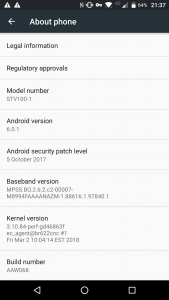 Note that the security patch level is unchanged, but the “Build number” and “Kernel version” are new.

(the exclamation signs, are due to the removed service)

Afterwards, reinstalling the updates for “Google Play Services” is a surprisingly slow process – but it gets through.

It forgets what account is used for backup, but you simply have to select the suggested account on the question following the error message.

Some have reported that they needed to re-install apps, I did NOT see anything like that. All apps stayed as they were – even a couple I prefer not to update.

…..I still haven’t got a CLUE on what the update is actually all about except the vague general text that was also used on the last update:
“This update contains helpful improvements. Download now to make your Android Smartphone even more secure and productive”
And:
“Details of the issues adresserd in this security update will be posted to www.blackberry.com/bbsirt”
Note the “will be” not “is“. There is nothing posted on the AAW068 (yet?).

The best guess currently is Spectre/Meltdown patch, and this matches the patch size of the AAU660 for the DTEKs of around 100MB, that some claims contains these patches.
It could be that it is some mitigations and not fixes, and this could be why BB are reluctant to brag about it.
ADD We are now almost certain that it at the least got Spectre patches, see below

I saw the tool “SnoopSnitch” mentioned here and tried it. It returned exactly the same result as the OP of the thread got for AAQ280. So whatever the changes this tool does not recognise them as well known android patches under “After claimed patched level” (it says 13 for both). 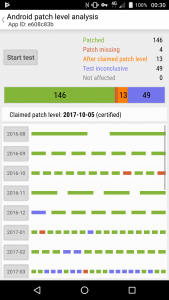 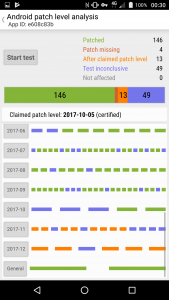 (sorry missed that I needed three dumps, so a few monhts lines are missing) 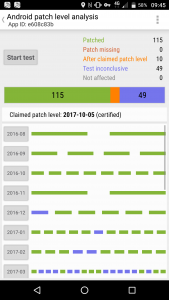 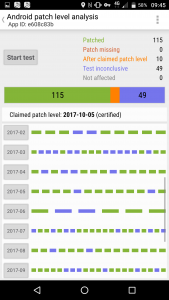 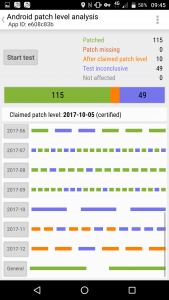 EDIT: The stamina is still good. For the first week (almost 8days) on a single charge see this post

ADD 2018-05-23: A guy at crackberry just reported that he got an update on his Verizon branded Priv. The kernel is a few days older (and much less 10MB). Their update is called AAV985. So there are still a slight hope for some of the branded devices to get updates 🙂
Verizon describes it as
“Software Version: AAV985
Android® Security Patch Level: 2017-10-05 + Spectre security patch“

So I will say that we are now quite certain that this is what is also in AAW068, what the remaining 97MB is all about is unknown. Some say that that the 808 chip set of the Priv is not vulnerable to Meltdown – so that could not be it..