I have previously contradicted the claim that the BB Priv has a poor stamina, but here an even longer run. 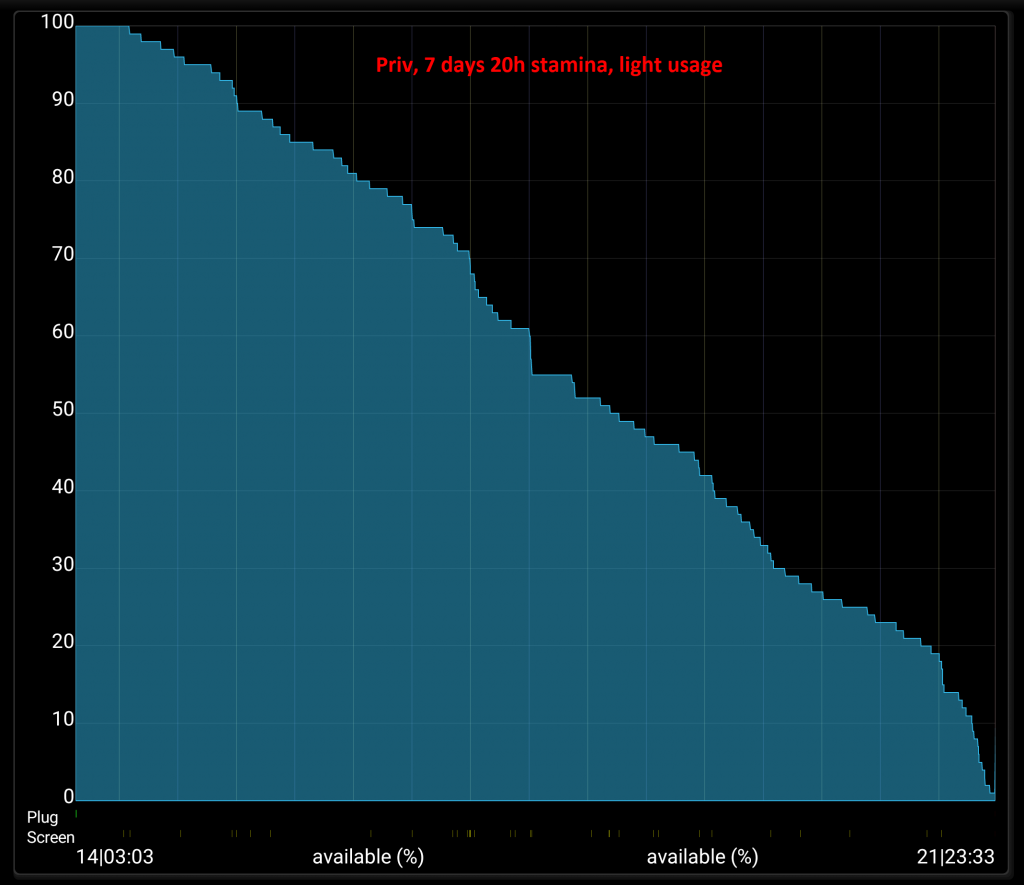 This is a collage to contain the almost eight days  (7d 20h), as the 3C Battery Monitor app can only show five days.

This is just after my update to AAW068. I see no differences in the stamina compared to earlier – but coincidentally it has been a week with quite light usage most of the time.

The rather steep drop the last 6 hours, is partly because I was at an area with poor coverage. And partly due to the difficulties of calculating backwards on the non-linear voltage drop curve. (see this)

The display has only been on slightly over a quarter a day in mean – and yet it has eaten 43% of the used capacity! as can be seen from this GSAM output: 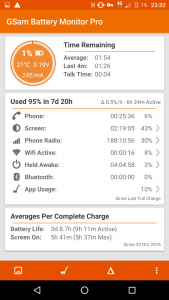 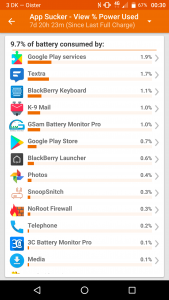 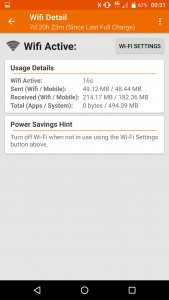 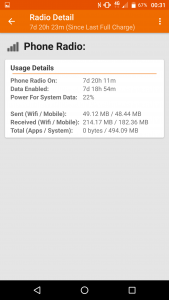 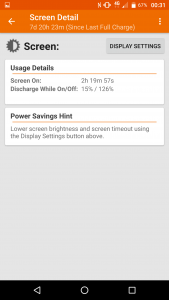 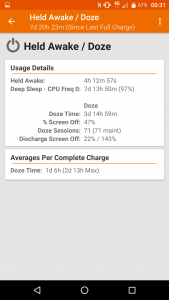 The “WiFi Active” is a bit misleading as they register VPN (here “NoRoot firewall”) as if it was WiFi.

Note by the graph that the Priv stays at 100% for a little too long, this is due to a minor calibration error, and not real.

I have joined a few Graphs from 3C Battery Monitor here: (Click to enlarge) 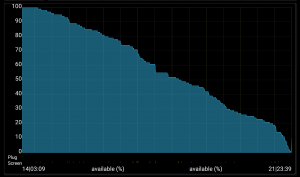 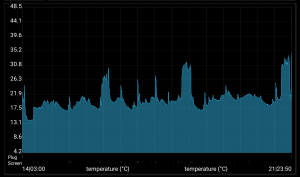 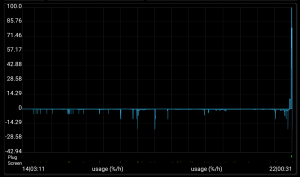 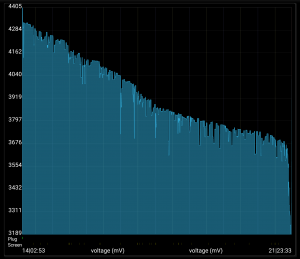 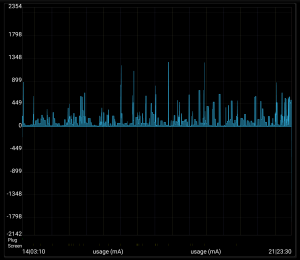 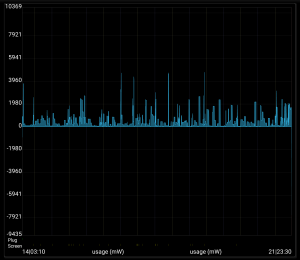 For further details and suggestion see the old post.

…And to anyone that wonders why I waste battery on TWO battery monitoring apps: GSAM provides good usage info, the one currently called 3C Battery Monitor good graphs.
ADD I later found out that 3C can do (almost) the same as GSAM when granted the same privileges, see this