Fast charging of batteries is very convenient, but comes at a price on the overall battery life.

Long time ago I made this post on general battery advices, made from an article from Battery University.

My conclusion in its shortest form is

**Avoid fast charging when possible, and use it when needed only, and cabled**

In the ideal world the central sentence is
“…and there is no problem with fast charging an empty Li-ion up to about 50% …”
BUT there is quite a bit of ‘small print’ on what goes wrong when going above about 50%, or if the temperature is not room temperature.

They start their summary with

“All batteries perform best at room temperature and with a moderate charge and discharge. Such a sheltered life style does not always reflect real world situations where a compact pack must be charged quickly and deliver high currents.”

Another way to say that we as users often in daily life want charging faster than what is best for the battery.

But there is absolutely nothing wrong with that, as long as we are aware of the consequences…

In daily use it is much better for the battery to charge with low current while we sleep, and only use the fast charge if in urgent need during the day. And if so preferably stop at roughly 50%. And this is often the hardest part, as we tend to forget we put it up for charging.

But it does NOT mean that we should never use fast charging. Only that we should use it with caution when needed. There are zero reason to attach the phone to a fast charger, while you go to sleep.

Now if only fast chargers came with a slow/fast switch, so we could use the same charger, and put it in fast mode when needed only, that would be ideal. 💡

ADD: Though we CAN get chargers with more than one outlet, where not all supports QC3.0 fast-charging. Many have a 10W limit on the secondary one(s), but looking around you can find some with 5W, and though still slightly high, it is clearly better than say 20W QC3.0. Typically the outlets will be marked as “QC3.0” and “1A” respectively, so the photos of the chargers are often the best source, as the seller stupidly only advertise the high power capabilities…. 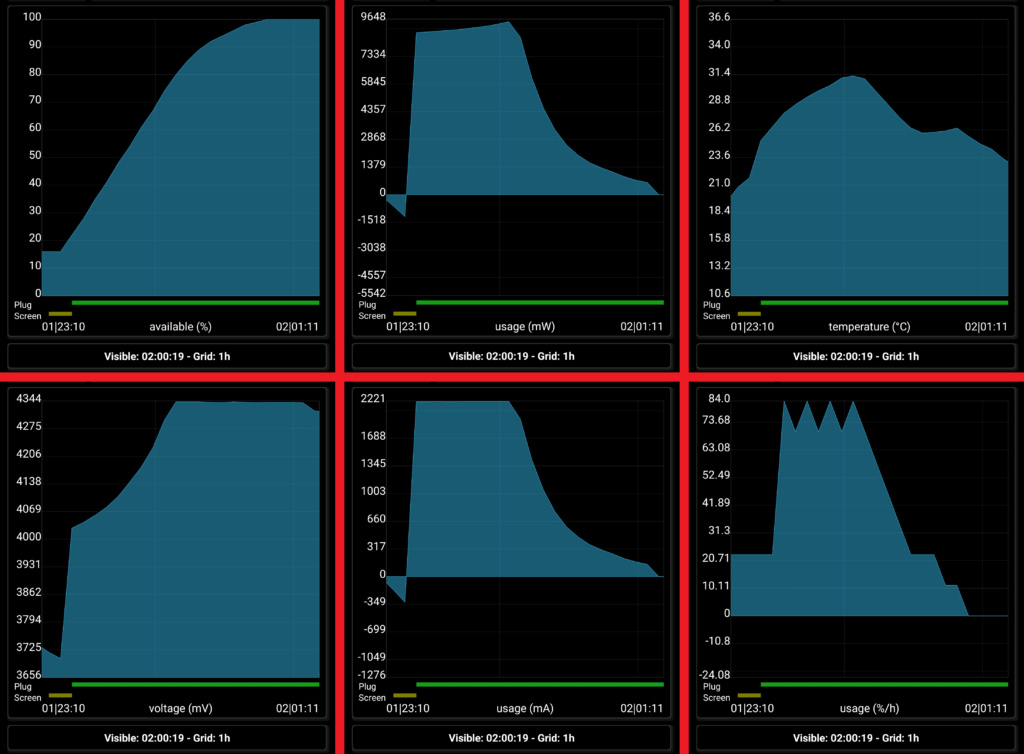 Note how the power is quite high 8-9W from when plugged at around 15% until about 75% raising the device temperature with almost 10°C(!). When they reduce the current, the temperature also starts falling. So imagine I had used it extensively, or taken it from a pocket so it had started at around 30°C…

Note that the current and other in the graphs is what is delivered to the battery, not what is pulled from the charger.
(Also note that on some devices the sign of current and effect is opposite, that is some measure the pull as positive, others the charge)

The S8 pulled about 1.4A at 9V from the charger at the highest, so that is about 12½W, and the battery get roughly 9W, so that leaves about 3½W that heats the device.

To get the actual output from the charger a sub £3 gadget like e.g. this can be helpful (make sure you find one that can handle 9V and preferably 12V also to measure on fast charging beyond 5V) 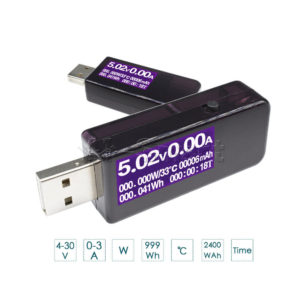 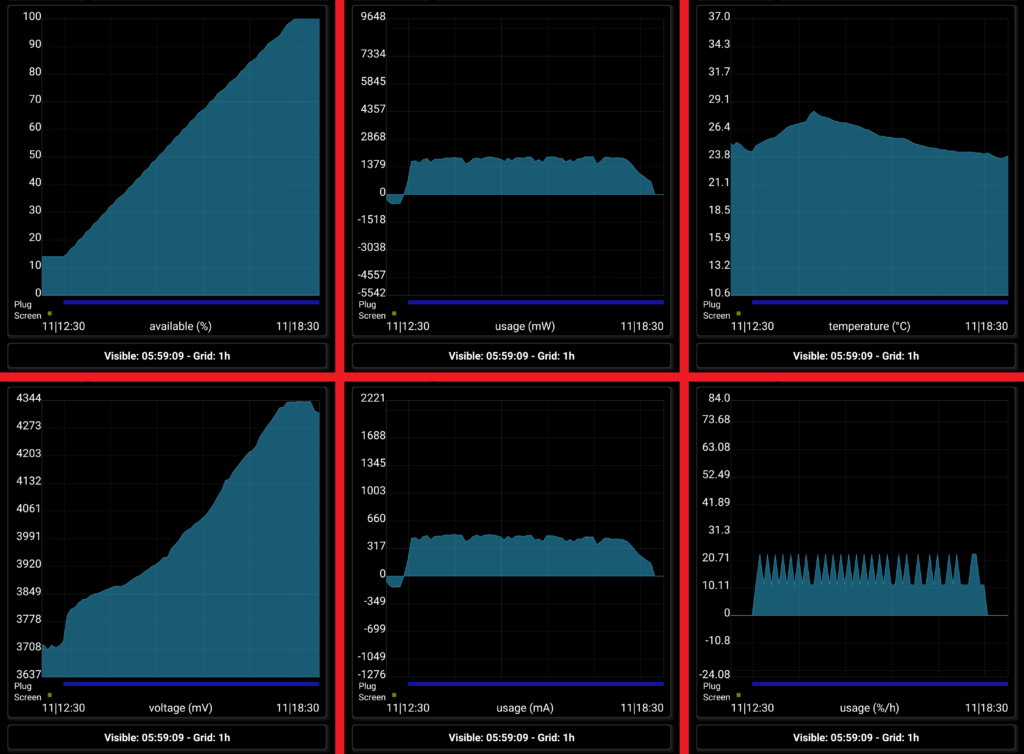 Note the small change in temperature (24-28°C), and the near constant powering around 1.8W (½A)
The change in the room temperature due to adding a few briquettes to the stove could even be part of it.

You should really think twice before using wireless fast charging, on a device with non-removeable battery, as this is the worst case scenario for a battery!
There are no Wireless chargers with 100% efficiency. If you got one over 75% you should be happy (the worst are down near 50%). And the remaining power end as heat, so placing a phone on a horizontal fast charging wireless charger, is like putting it on a toaster, and this gives the worst possible condition for the battery life “heat during charging“.

Wireless charging is very convenient, but I strongly advice to use it with a simple charger only, and preferably vertical, so there will be some convective cooling.

If you use a case, where you can add a metal ring, then it can be really great in a car with a charger with magnetic hold, so the device can be kept (roughly) vertical. e.g. this. 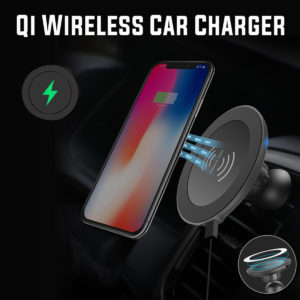 At the least Samsung offers an option to control WHEN to use fast charging, though deeply buried, so not easy to switch on when needed only. Would have been nice if this was selectable whenever it was attached to a fast charger (wireless or not).