In the period around 1982-1995 Omega had a series of watches of which I find one especially attractive, the late generation Titanium multifunction variant 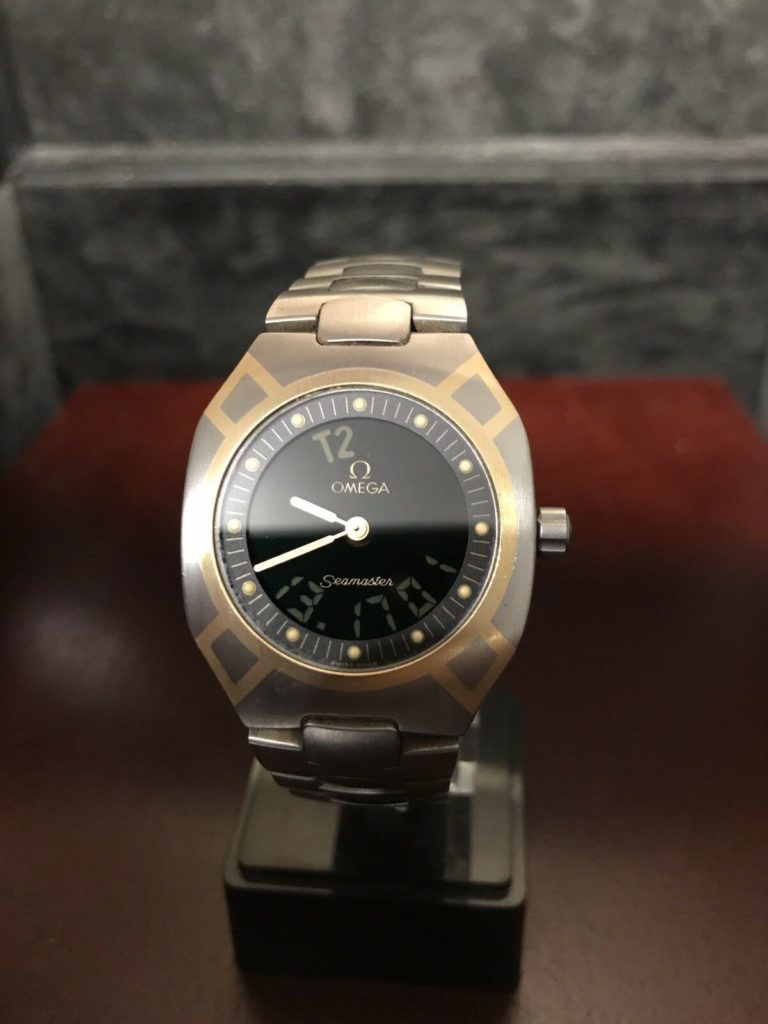 I like the ‘smart‘ functionality of the time where the dial can also go black hiding the golden characters completely, leaving an elegant 7mm thin classic watch.

In the 1987 catalogue p9 it can be seen that the early multifunction variants had an inner circle, even the black one, making it less attractive than the later one(s) with a full dial LCD with a hole for the hands. Here in 1991. This one with a broken display gives us a view into how it is made, holes in displays are not new:

The Polaris exists with different sizes, calibers and dials, and in different case materials.

And have seen (pictures of) these case combinations

The backs also vary over time. The early ones with a flat back and the later having a relief Semaster logo, and some of these with gold.

The steel/titanium was brushed up, to give it a mate finish, so it can be difficult to distinguish the two on photos. In the hand the titanium is substantially lighter of course.

The bracelet exists in various matching combinations, I know of

(With the width matching the case size of course)

The stainless steel+gold bracelet has the centre links with a gold cap similar to the inlay in the case. I have not tried to test the depth on the specimen I have had in my hands… but in the 1987 German price catalogue there is a substantial price difference (1250 vs 2300 DM) and it is (translated) called “…with gold inlays in case and in band” in German “… mit goldintarsien im Gehaüsa und im Band“, so not merely gold plated.

The early titanium bands came with the buckle of the Stainless-steel one (note the colour difference of the double link of the clasp), only being given a special ‘butterfly’ buckle in a later generation. Also note the plain back with text on the early one, and the relief on the later. 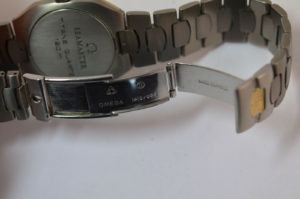 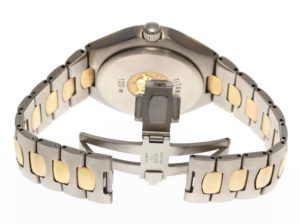 The calibers exist in a variety where at least the ‘Olympic’ 1988 Calgary/Seoul one is in the XL edition only, and the lady-size is with plain time and time&date only

Some got the hour dots as florescent, and some got diamonds.

And apart from that the models have been varied from the early to the late, e.g. look closely at these three

The first got a slighter smaller dial (larger gold bezel), and the next two got different date-wheel colour, I do not know the chronology.

The ids used for Omage watches are a bit odd. They got a ref number that describes the total combination of case and bracelet, but they ALSO got a numbering system for the case and caliber. The first two characters describe the case material, I know of these
TB=Titanium with yellow gold
TR=Titanium with red gold
DB=Steel with yellow gold

The bracelets also got a numbering system…. see e.g. this

There is a table here that describes that numbering system, though it emphases that Omega was not consistent in this…

These are representative for the different cases, calibers and dials I know of: 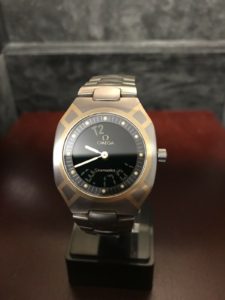 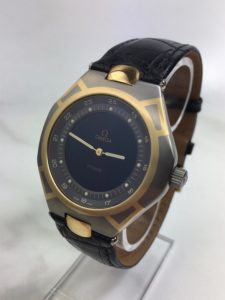 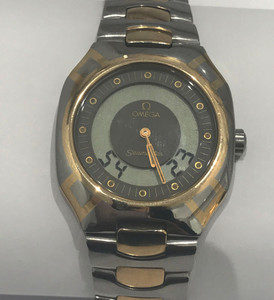 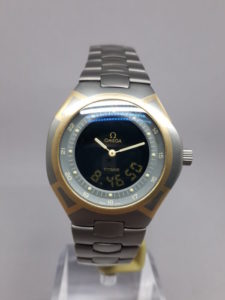 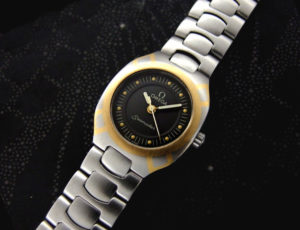 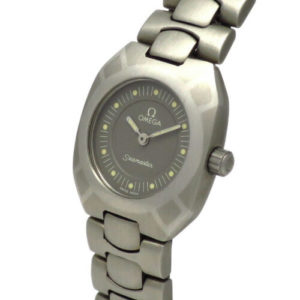 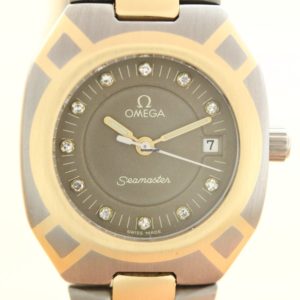 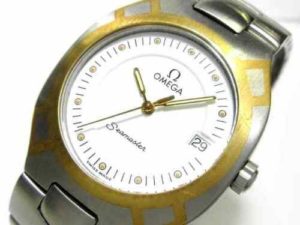 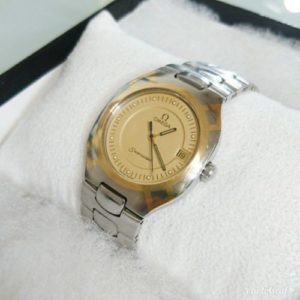 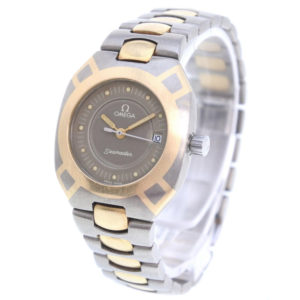 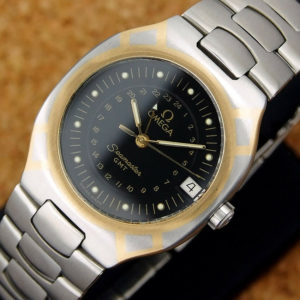 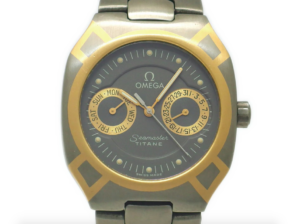 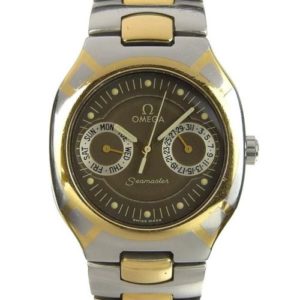 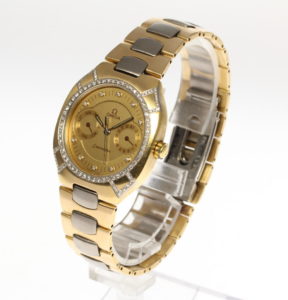 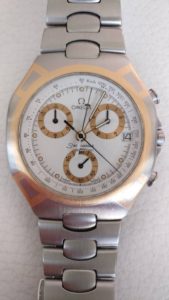 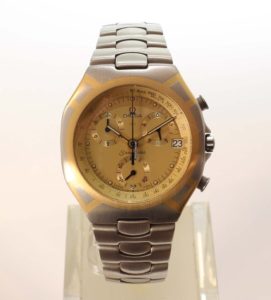 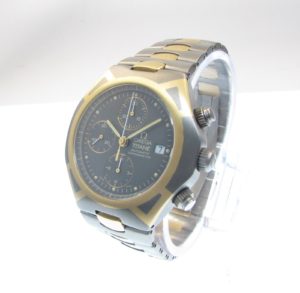 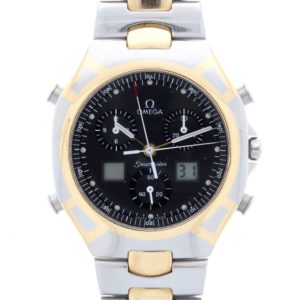 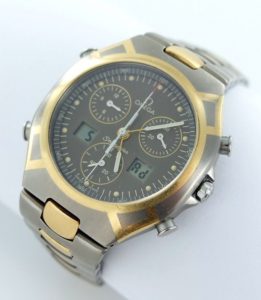 These are representative for the different bands and backs I know of. 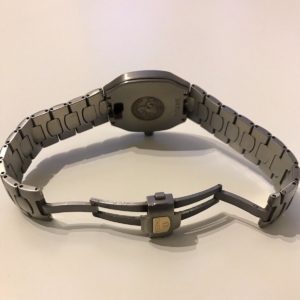 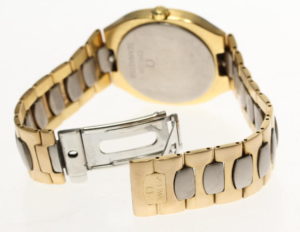 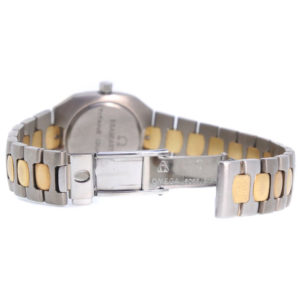 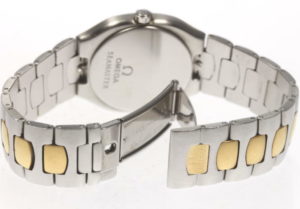 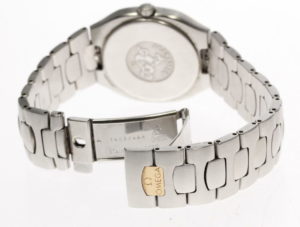