A compare of the low light abilities of these two cameras in extreme lo light conditions. 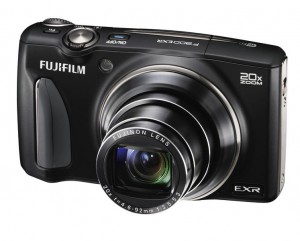 Here is a compare of a horrible motive. A pile of mixed ‘crap’ severely shadowed.

This is the least bad the F900EXR can do in the automatic EXR S/N mode (signal noise  priority, automatically reducing the image to 8MPixels)

And here is what the TZ70 does on the same. Fully automatic iA+ mode, 12MP 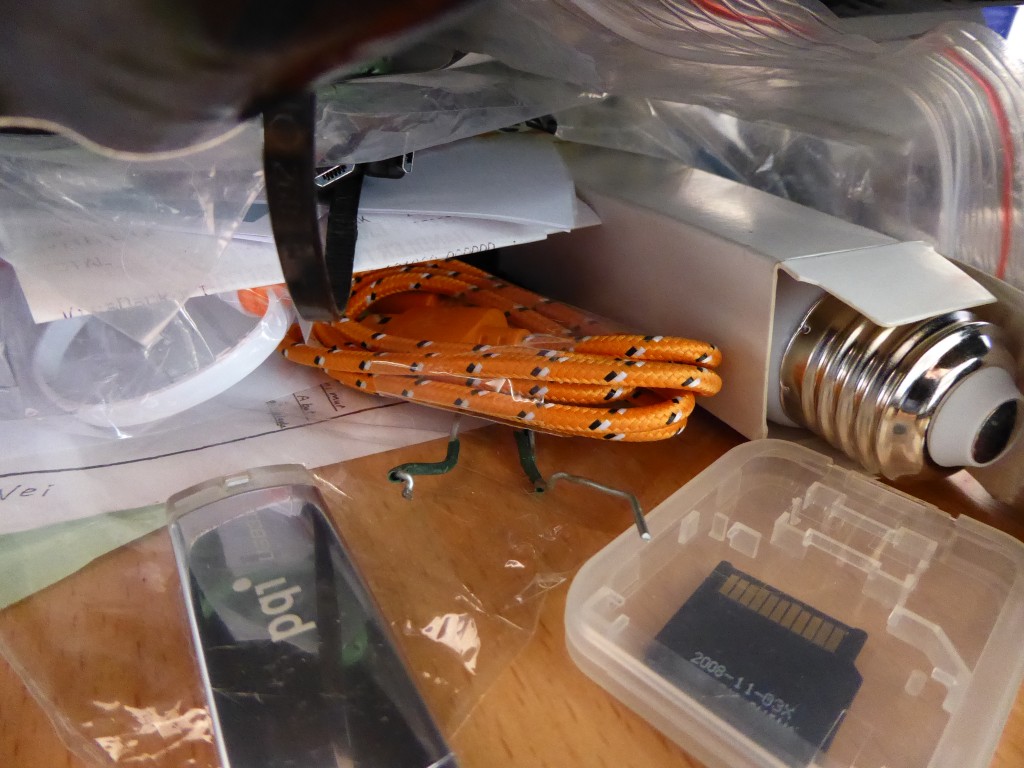 Unfortunately the automatic chooses twice as slow shutter speed, so comparing that is not quite fair…

So it is not as easy a win for the TZ70 as it could look at first. 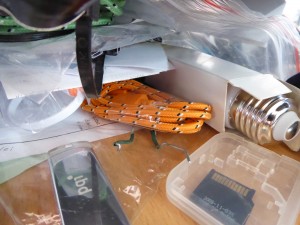 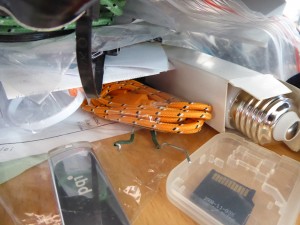 (An after an unfortunate repositioning of the camera these) 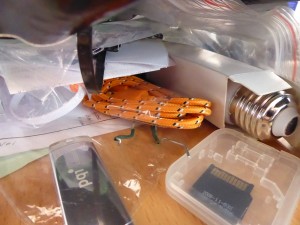 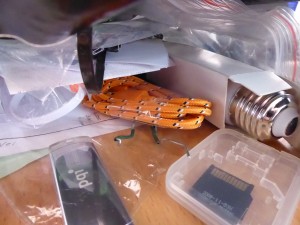 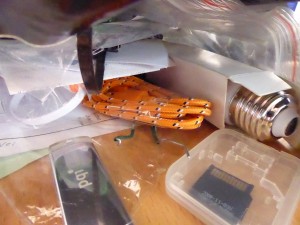 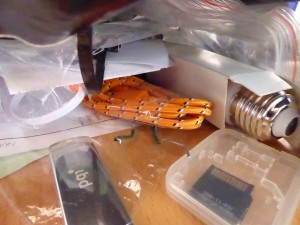 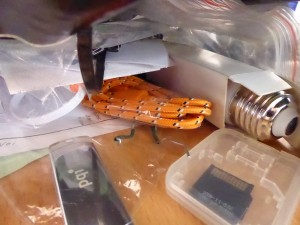 So I redone the test with the TZ70 in S-mode forced to same shutter speed 1/4s, a few hours later – and in even less light: 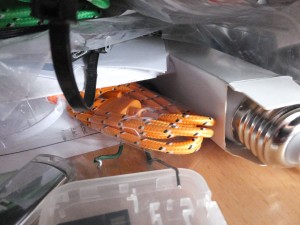 So viewed at 8MPixel or less, this is very close to a tie.
Remember that the TZ70 is spot metered and focused, so not a bug that the cords to the left are ‘overexposed’, that is due to my forced settings.
But as the settings are the same, this means the TZ70 is a bit more light sensitive.

If you look at the box of the LED-bulb towards the orange cord, the noise on the TZ70 is perhaps a bit less, but it is clearly more homogeneous and thus feels less, when both is viewed at their (different) full resolution. So in same resolution the TZ70 wins again.

It is quite difficult to tell on the detail level off the complex motive, as it it not easy to see where the exact focus planes are.

Viewed at 8Mpixels it is very close to a tie. But the TZ70 got more details due to the 12MPixels, and is also a bit more light sensible, and with slightly more ‘pleasant’ noise.

But it is more in the line of ‘slightly better’ than a ‘crushing defeat’.

Personally I’m very happy that it is not worse, despite the larger zoom offered, so I can pass on the F900EXR to new owners without any remorse – less the pocketability.