Sorry this is text only. 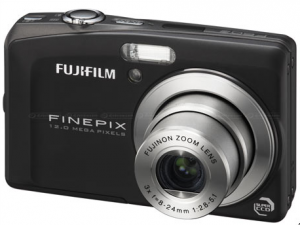 Excellent light-sensitive camera, but rather slow. (Should be called F51fd)
This camera is almost identical to F50fd. See review on this.
It is primarily a firmware upgrade. Probably (?) with quite the same optics, CCD and IS

I primarily bought this camera as I interpreted some promotional materials, as you could choose manual focus, which is not possible on the F50fd.
Unfortunately, this is NOT the case  🙁

On the other hand, I was pleasantly surprised that the AF issue is addressed so it works both with and without Quick AF  🙂

Ideally, I would of course have had the camera was equipped with a 6Msubpixel sensor of the same size, but since they INSIST on not having optimum sensitivity and to use 12Msubpixel, it’s nice that they have now heard my prayer from the review of F50, and allows for TWO different compressions for 6Mpixel output (F and N) which you normally only see offered for full resolution.

I hope that 6(F) might mean a little less smoothing to ‘hopeless’ photos taken in poor lighting conditions. That is acceptance of more snow, but also more details. It will show up in use if it works as hoped …

It’s a little quieter during zoom, but this may simply be due to the 1½ year old F50 has taken short of 7000 pictures, and probably have gotten a little ‘dirt and filth’ in along the way. I do not have access to a new F50fd to compare with.

It has a nice firm grip with both hands, with both thumbs on the bottom.

But it was hard to hold F50fd in one hand, and it’s a slightly worse as the screen has increased, leaving less space for the thumb. However, you may place your thumb gently on the completely flat control wheel or (more obvious) the picture frame by ‘reaching over’ the buttons.

Unfortunately they have not taken the time to speed up this slow camera, it could really need it !!!

Overall I’m quite happy with this small upgrade, as the AF issue was annoying me.

Based on what could be expected, and not merely hoped for: 10/10