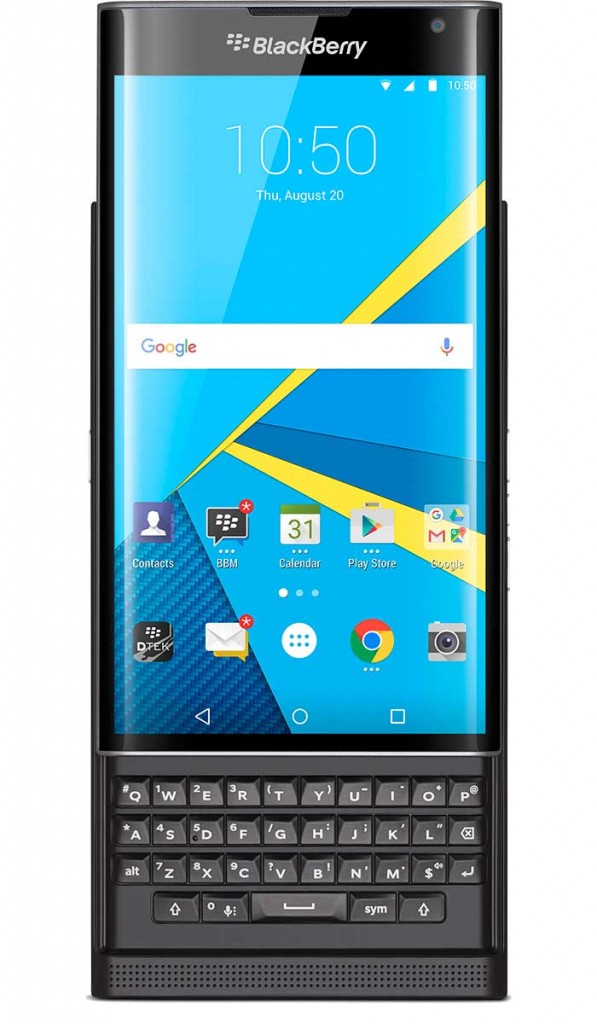 At first this looks like what I have been waiting for, for about five years (see this), and I’m really tempted to just buy one to try it out.

There are two major drawbacks though

On the other hand I really want to get rid of the HORRIBLE Ios experience of my Ip6- (see several other posts here). And with Blackberry’s take on Android, I might well get a less insecure platform than the stock Android. Especially when the Marshmallow update arrives, as Marshmallow is said to allow more sensible control of what each app is allowed to access.

The QHD resolution seems a bit of overkill to me for a 67x119mm display (540dpi). FHD (405dpi) would have been just fine for me. But that is just me being old, with poor vision, I’m sure younger people will love it.

So I’m really in doubt… And eagerly awaits more reviews.
One I’ve seen already says that the screen part feels very thin and the sliding flimsy. I hope that is an exaggeration.

That it is launched with a price tag almost as shameless as the Iphones, does not count in it’s favour either, though that is the least of the issues.

UPDATE 20151209: There is a review out from GsmArena, And it is certainly a mixed affair, not all roses…
http://www.gsmarena.com/blackberry_priv-review-1350p10.php

Quite a few things they did not get just right at their first attempt, it seems. I would love to get my hands on one my self before I decide though – but it is not officially for sale in Denmark (yet).

Had it only been a landscape slider, and thus with larger keys, I think I would have pre-ordered it immediately, despite the poor one hand operability.

And had it been shrunken by 15% to phone size, about 65mm wide with a 4.6″ FHD (473dpi) display and a landscape slider, it would have been near perfection.

Landscape/portrait and one hand operability

There is a build in conflict between portrait QWERTY (hardware or virtual) and one hand operability. On one hand you need hands large enough to reach the far side of the device comfortably, without loosing a secure grip, on the other hand you needs fingers so small that they can operate tiny keys less than 1/11 of the device width fast but without too many flaws…
(and 1/11 is for just 10 keys plus bezels, and that is less than many national keyboards use. 11 letter-keys are common in many European countries, Standard PC keyboards are 14 keys wide)
Of course you won’t be able to operate the (virtual or physical) keyboard of an otherwise one hand operable device with one hand keeping a secure grip anyway, so as you need two hands for this, you might just as well go landscape, and have room for larger keys.

So the logic thing for a one hand operable device, is for the keyboard to be in landscape, offering roughly twice the width. (Larger on a physical slider than a virtual keyboard due to mouthpiece and speakers)

Unfortunately most developers of Apps and OS (both Android and Ios) are so lazy (or incompetent) that their UI (partly or completely) only works in portrait!!

I guess that is why people are giving up on one hand operability. And for two handed devices portrait keyboards works fine (if you buy a device huge enough for your fingers of course).

So from that perspective it DOES make sense for the PRIV to have the keyboard in portrait though (for users with fingers are small enough for the keys).

I have just (2015-12-01) seen by this http://www.gsmarena.com/teardown_of_blackberry_priv_shows_screen_easily_replaceable-blog-15272.php that the Priv is quite a lot easier to repair than most other new phablets, so that was great news.

BB goes all in for android

Just saw the news 2016-01-08 that BB is going all in for Android in 2016. So at least that is good news for the support and updates of the Priv, as they are likely to be very dedicated in the beginning. And with the principally different and more strict security approach of Marshmallow this might prove a good match for BB.